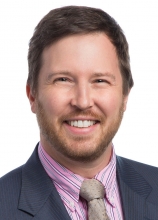 Sascha Meinrath is the Palmer Chair in Telecommunications at Penn State and director of X-Lab, an innovative think tank focusing on the intersection of vanguard technologies and public policy. Professor Meinrath is a renowned technology policy expert and is internationally recognized for his work over the past two decades as a community internet pioneer, social entrepreneur and angel investor.

He was elected as an Ashoka Fellow for Social Entrepreneurship in 2012, and has been named to the Time Magazine “Tech 40” as one of the most influential figures in technology, to the “Top 100” in Newsweek's Digital Power Index, and is a recipient of the Public Knowledge IP3 Award for excellence in public interest advocacy.

Prior to founding X-Lab, Meinrath was vice president of the New America Foundation, where he founded the Open Technology Institute in 2008 and built it into one of the largest public interest tech policy organizations in Washington, D.C. He also founded the Commotion Wireless Project, which works around the globe to strengthen communities by providing tools to build their own local communications infrastructures, and co-founded Measurement Lab, a global online platform for researchers to deploy Internet measurement tools that empower the public and key decision-makers with useful information about broadband connectivity. Since 2004, he has also hosted the biannual International Summit for Community Wireless Networks.

Meinrath has been a vocal public intellectual and a leading voice calling for accountability over the governmental spying programs, and is at the forefront of D.C. policy debates over how Congress and the White House should rein in the cybersecurity-industrial complex. He serves as a board member for the Schools, Health, and Libraries Broadband Coalition; Brave New Software Foundation; Bill of Rights Defense Committee; Acorn Active Media Foundation; and Freedom to Connect Foundation. He is also a member of the advisory councils for the Alliance for Affordable Internet, the Calyx Institute, FreedomBox Foundation, Loomio, and the Open Internet Tools Project.

Meinrath’s research focuses on distributed communications, Digital Feudalism, Digital Craftsmanship, telecommunications and spectrum policy, cybersecurity and privacy, and disruptive technology, and is a testament to his lifelong commitment to promoting social and economic justice -- values he embraced while attending a rough inner-city school in New Haven, Connecticut. The son of an immigrant from Brazil, Meinrath has a 5-year-old daughter who is a vivacious kindergartener and budding Internet freedom fighter.